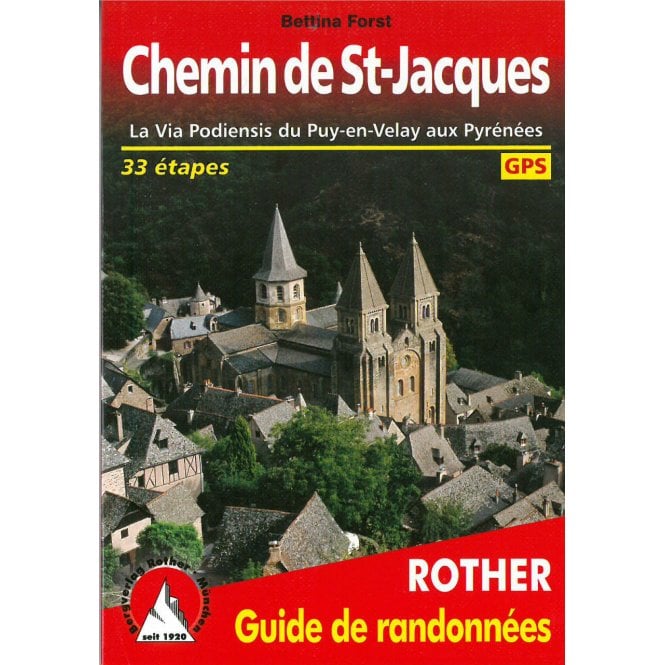 Via Podiensis from Puy-en-Velay to the Pyrenees Author: Bettina Forst
Item in Stock Item out of Stock | Usually dispatched within 24 hours
Loading...
Share

NOTE: this item is only available in French.

The pilgrimage routes that lead to Santiago de Compostela and to the tomb of the Apostle St. James stretch all over Europe. For more than a thousand years, pilgrims from Central, Western and Northern Europe have been travelling through south-western France to the Pyrenees and then on to Santiago de Compostela. Of the four main routes that cross France, the Via Podiensis, which starts in Le Puy-en-Velay in the south of the Massif Central, is considered an exceptional route, both in terms of cultural and natural landscapes.

Bettina Forst regularly uses this section of the pilgrimage routes in Europe and also accompanies groups of hikers. She describes the Via Podiensis, with the signposting of the GR 65, in a total of 33 stages up to the junction with the Spanish pilgrimage route, which takes over at St. Jean-Pied-de-Port/Roncevaux and the Col du Somport. The route, which is equally appreciated by pilgrims and hikers alike, stretches in the charming south of the Massif Central through the isolated regions of the Margeride and Aubrac Massif, through the attractive Lot Valley, the limestone plateaux of the Causses and the hilly landscape from Gascony to the Pyrenees. The sparsely populated mountainous regions and high plains, where agriculture is virtually absent, offer a variety of flora between vast wooded areas, rivers and natural lakes. In the heart of this region so rich in surprises, churches, convents, castles, forts and small medieval towns line the way.

Detailed maps, precise descriptions of each section, including informative altitude profiles and comprehensive information on the infrastructure along the way, such as medical care, shops or public transport, make it easy to plan individual hikes, even independently of the stages chosen in the guide. The author also provides extensive information on the location and equipment of the lodgings along the way. GPS tracks can be downloaded for all stages - even for the variants through the Vallée du Célé and up to the Col du Somport. Planning and equipment tips at the beginning of the book make the fifth edition of this Rother hiking guide even more practical. In addition, special attention is given to cultural-historical and natural sites. Relevant photos give a first impression of the diversity of the Via Podiensis and make you want to explore the oldest cultural landscapes in Europe.