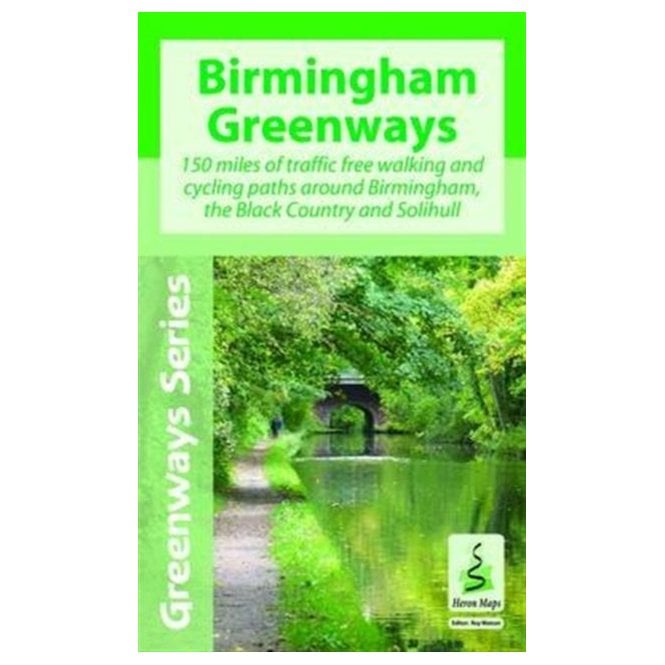 150 Miles of Traffic Free Walking and Cycling Paths Around Birmingham the Black Country and Solihull
Item in Stock Item out of Stock | Usually dispatched within 24 hours
Loading...
Share

This innovative new map gives a different perspective to Birmingham, the Black Country and Solihull. It features 150 miles of traffic free walking and cycling paths along canals, rivers, and through the 8000 acres of parks of the Birmingham plateau.

Following two years of research it is designed to appeal to a wide range of users who wish to explore the area and its fascinating industrial legacy.

Fully coloured at 1:30,000 it is ideal for tourists and all leisure users, as well as boaters who wish to explore the region away from the canals and is supplemented by information panels and photographs.

Water Mills: Over 90 former sites are listed together with explanations of the different uses.

History: Descriptive panels provide the background to 5000 years of Birmingham History, with details of the Romans, the migration of Anglo Saxon tribes, the Norman Conquest, the English Civil War, the Quakers, the Lunar Society, Water Mills, Steam Engines, the Industrial Revolution, and how Birmingham influenced JRR Tolkien, the author of The Hobbit and the Lord of the Rings.

The Mining and Manufacturing District Map of 1836 gives the background to the geography that spurred the building of over 160 miles of canals in the area. There are articles on the canals and the engineers who built them.

Gas Street Basin in Birmingham city centre is featured. This is now bustling with pleasure craft, restaurants and bars. Top entertainment venues such as the NEC, the International Convention Centre, the National Indoor Arena and the Birmingham Rep. are shown as well as the Bull Ring shopping Centre and New Street Station. View the Staffordshire Hoard in Birmingham Museum and Art Gallery.