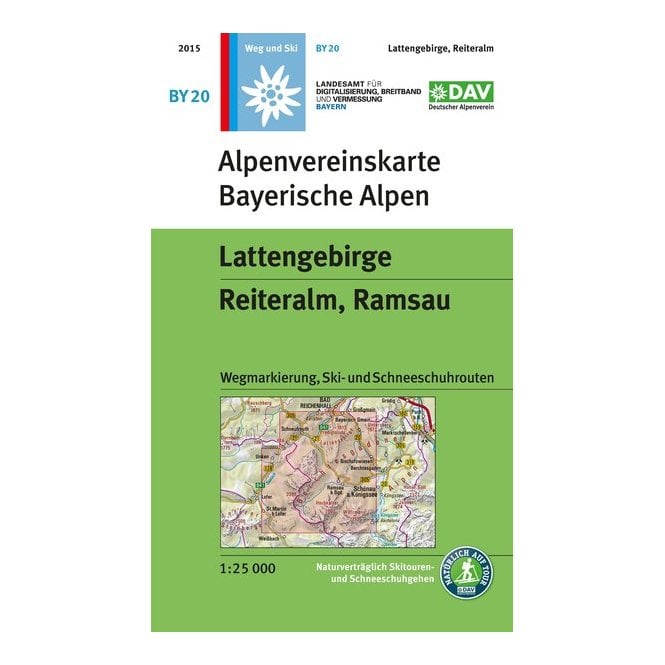 This detailed Hiking, Ski and Snowshoe routes map of the Lattengebirge - Reiteralm is printed at the 1:25.000 scale.

They are the best and most detailed maps of the German and Austrian Alps with contours at 20m intervals and shading. Hiking paths / Ski routes are clearly marked with waymarking numbers along with campsites, mountain huts and refuges.

The map index can be found in the product photos. The traditional Alpenverein maps at 1: 25,000 are shown in dark green, the AV Bavarian Alps 1: 25,000 maps in blue and the 1: 50,000 maps from the Federal Office for Calibration and Surveying in yellow-green.

PLEASE NOTE: Some areas have maps published that combine both Hiking and Ski routes but other areas are covered by separate editions: one for hiking and one for Ski. We have stated the activities for each map in the series in the product titles.