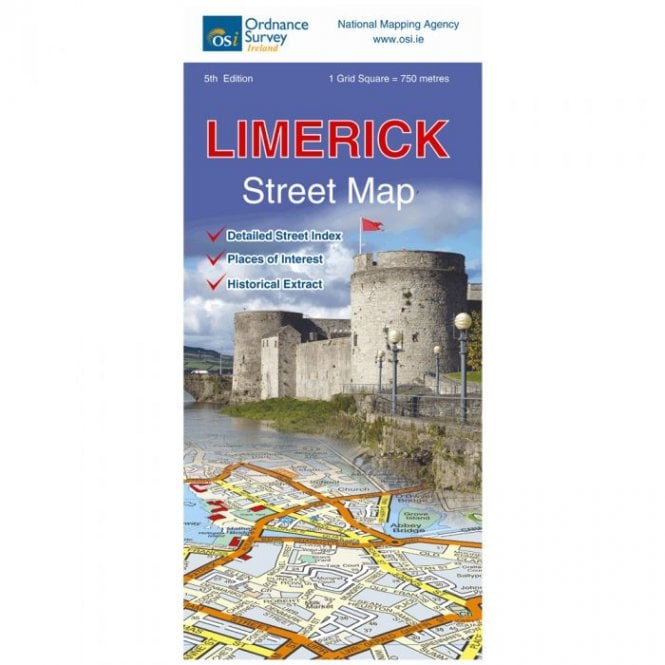 The map also shows the N18 tunnel, which is tolled, connecting Coonagh and Bunlicky.

The map has a detailed enlarged insert of the city centre at a scale of 1:8,000 showing places of interest for the visitor.

The railway station, Colbert Station, is marked on the map.

This map includes Athlunkard in the north of the city down to Roxborough in the south and Annacotty in the east to Coonagh in the west of the city.

On the reverse of the map is the original 6inch Ordnance Survey Ireland map of Limerick dated 1840 with an inset : King Johns Castle extract from the 5 foot Ordnance Survey of limerick surveyed in 1870 and engraved in 1872.

There is also an alphabetical list of streets in the city included.

Limerick city has numerous attractions which are shown on the map.

The University of Limerick UL on the banks of the River Shannon is a major feature of the city.