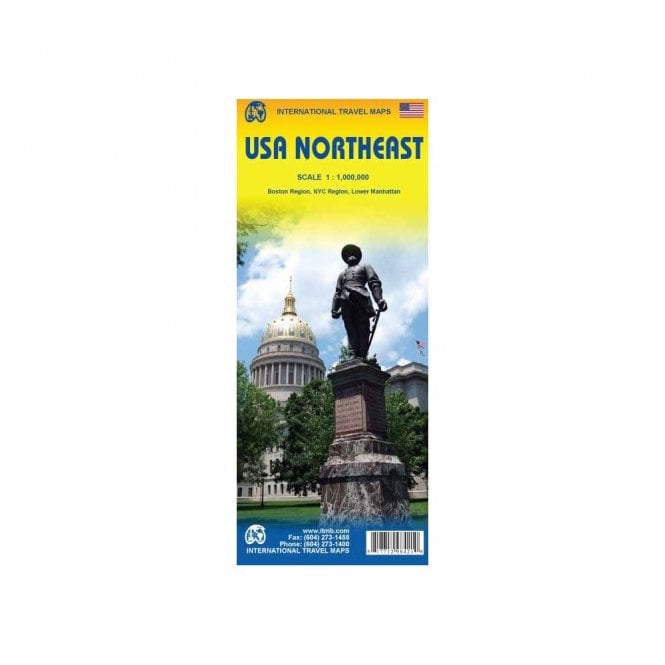 The New England States fill most of one side of the map, but New York City and Philadelphia are included as well as a goodly portion of New York State.

The second side covers the rest of the state, plus all of New Jersey, Delaware, Maryland, Pennsylvania, and most of Ohio, West Virginia and the northern portion of Virginia. In terms of cities, Cincinnati is at the bottom left of the sheet and Richmond at the bottom right, with Detroit at upper left and Albany at upper right.

The value of this map for visitors is that it covers a reasonably comprehensive portion of the USA, stretching as it does from northern Maine to south of Washington, DC. Thus, for someone driving from Canada or flying into Boston or NYC, this map offers the ability to travel using a sectional maps of a region, rather than having to rely on a variety of state maps for political entities that are geographically quite small (sorry, but they are). The map shows motorway interstates in blue and tries to show every interchange, main highways, and significant secondary roads that connect. Although place name inclusion is extensive, at this scale it is impossible to note all villages, especially in the vicinity of major urban areas. Parks, higher education institutes, ski areas, battlefields, airports, rail lines, and touristic attractions are all shown.