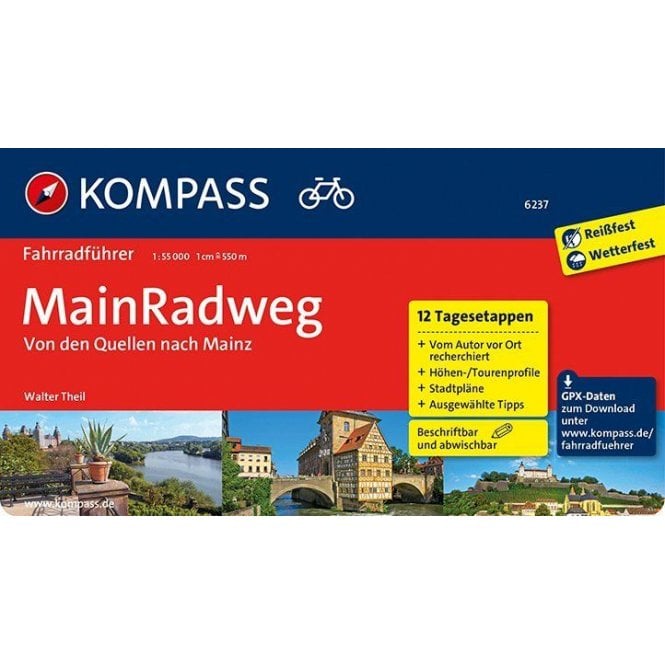 Destination: - Almost 600 km of cycle paths lie between the Weißem Main Rotem Main and the confluence with the Rhine.

With the exception of the stages to the sources, the cycle path is mostly flat and close to the river and can be used on both sides. The route is excellent, partly along roads, but mostly on separate cycle paths near the river banks. A large part of the route is asphalted.

Famous beer towns such as Kulmbach and Bamberg mark the beginning of the cycle tour, followed by the Franconian wine region, which brings us to Würzburg. Via the Spessart, you travel to the increasingly industrial landscape around Offenbach and Frankfurt.

In addition to Bayreuth, Bamberg and Würzburg, other cultural highlights await the cyclist: the Hofgarten of Schloss Veitshöchheim is one of the most beautiful rococo gardens in Germany, the historic town centres of Lohr, Wertheim, Miltenberg and Steinheim as well as the castles of Aschaffenburg and Offenbach are also worth a visit.

About the KOMPASS cycling guides series: