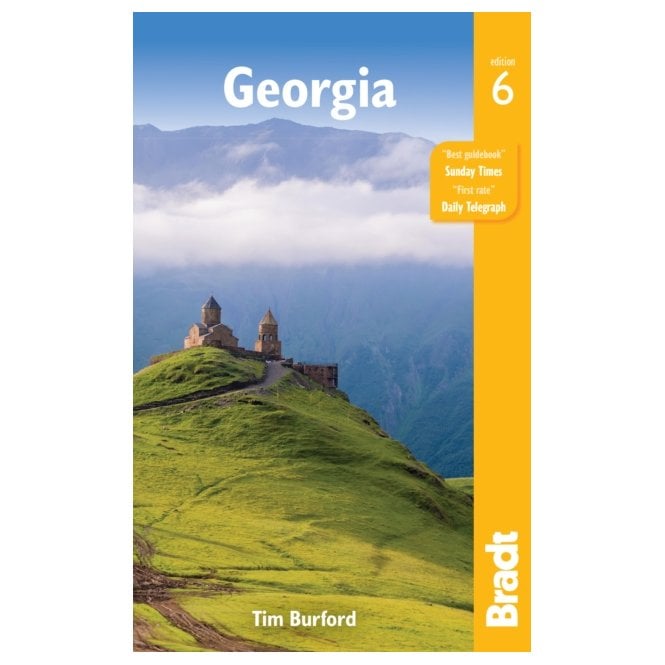 This new sixth edition of Bradt's Georgia, the only dedicated guide to the country, has been thoroughly updated throughout to include all the most recent developments, ranging from greatly expanded coverage of Batumi, Adjara and Svaneti to the addition of new maps for Tbilisi, Mestia and Telavi. Tourism is booming in Georgia: the number of guesthouses has mushroomed, Tbilisi airport has just opened a second terminal and a new terminal and rail link are under construction at Kutaisi airport. New low-cost flights are now available and visa-free travel is the norm for most.

With Bradt's Georgia discover both the old and the new. The capital, Tbilisi, has seen huge changes in the past decade with some conspicuous new projects such as the Peace Bridge, the Opera House and the Presidential Palace, as well as excellent new restaurants and bars. Much of the country can be reached in day-trips from the luxury hotels of Tbilisi and Batumi, and the remotest areas such as Svaneti and the Pankisi Valley can also now be visited.

In addition, Mestia, the capital of Svaneti, now has an airport and two ski resorts. Also new for this edition is expanded information on Tusheti and the Trans Caucasian Trail, a volunteer-led project to create two long-distance hiking routes, east-west and north-south, linking the Black Sea with the Caspian, the Greater Caucasus with the Lower Caucasus and Georgia with Armenia and Azerbaijan. The Georgian wine industry is covered, with particular emphasis on natural qvevri wines, and so too are skiing, rugby, the World Heritage sites of Mtskheta and Gelati, Georgian food, 5th-century churches, cave cities, and Georgian polyphonic singing.

Bradt's unique guide to Georgia is the ideal companion for all travellers, from serious hikers to wine buffs, high-end culture lovers to backpackers of all ages.