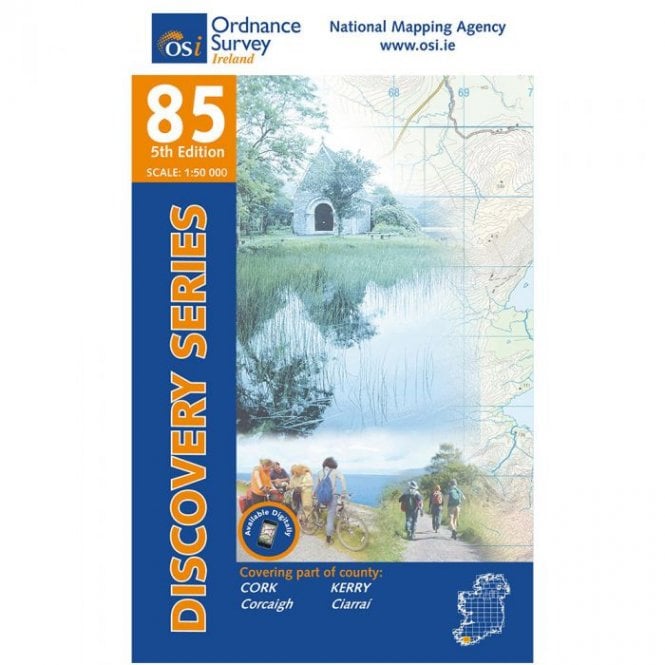 The N71 National Secondary Road does extend the vertical length of the map, running along part of the coastline at Bantry Bay and through Bantry Town. The remainder of the map is predominantly served by regional and third class roads.several prominent Kerry and Cork towns are featured, including Glengarriff, Dunmanway, and Drimoleague

A seasonal ferry service connects Whiddy Island to the mainland, at Bantry Harbour.

Tá chuid mór den ghaeltacht Mhuscraí ar an léirscáil seo. A large portion of the Cork Gaeltacht of Muscraí is on this map.

This map encompasses mountainous and forestry regions. The Caha Mountains lie furthest west on this sheet. The Shehy Mountains also lie to the north. Some of the highest mountains on the map include Coomnadiha, Sugarloaf Mountain, Glenlough Mountain, Knockboy, Carran, Conigar, Douce Mountain and Mullaghmesha.

There are a number of marine features on this map including Dunmanus Bay to the southwest, Bantry Bay to the west, the Kenmare River to the northwest and Lough Allua to the northeast.