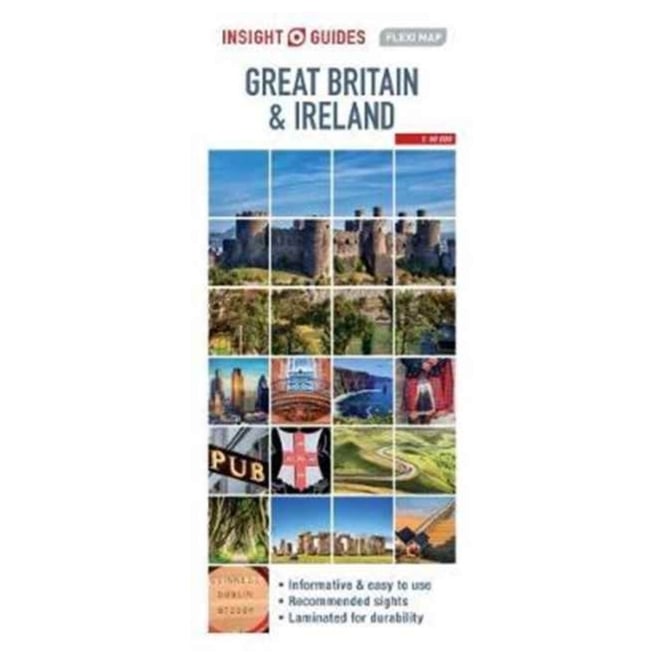 Flexi Map Great Britain and Ireland is laminated, durable and includes a map of Greater London; each map has its own index which has been categorised for ease of use.

A list of 33 recommended sights, divided by theme and linked to the mapping by numbered markers.

The main map is of Great Britain and Ireland at a scale of 1:500 000 (1cm = 5km), coverage includes the both Northern and Southern Ireland, and the Channel Islands. Motorways, airports and points of interest are clearly shown.

Many prominent public buildings, art galleries and other places of interest are highlighted and listed in the extensive index.

A separate London Underground map is located on the back cover for easy reference.