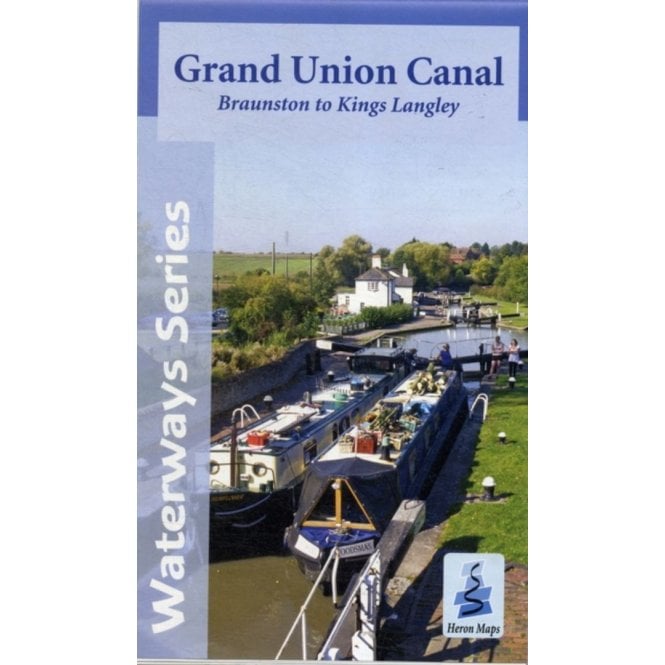 A full colour map of the Grand Union Canal from Braunston to Kings Langley suitable for both waterways and leisure users.

This map gives detailed coverage of the Grand Union Canal from Braunston to Kings Langley with emphasis on the waterways and information useful and relevant to users of the waterways without neglecting other leisure users. The map detail is complimented by information panels and photographs.

The Grand Union Canal is Britain's longest canal, running 137 miles from London to Birmingham. This map covers the central section from Braunston to Kings Langley. The route starts at Braunston heading south westwards across rural Northamptonshire, passing through Weedon Bec, Blisworth and Stoke Bruerne before arriving in Milton Keynes. The canal traverses the city largely hidden behind the greenery of parklands. Exiting the city it continues south westwards through Buckinghamshire, Hertfordshire, and the Chilterns before reaching Hemel Hempstead and the map's most easterly extent of Kings Langley and the M25. The map includes the Northampton, Aylesbury and Wendover Arms and the start of the Leicester Line.