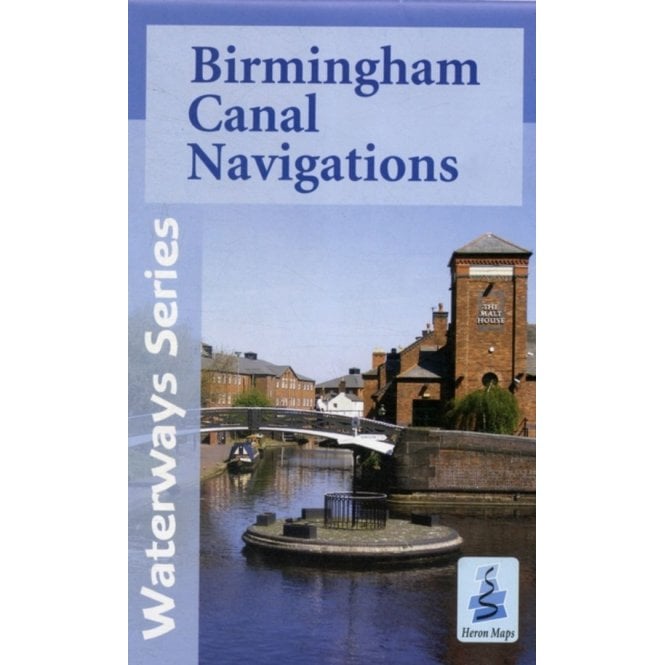 A full colour map of the Birmingham Canal Navigations (BCN) suitable for both waterways and leisure users.

This map gives detailed coverage of the BCN with emphasis on the waterways and information useful and relevant to users of the waterways, without neglecting other leisure users. The map detail is complimented by information panels and photographs.

The Birmingham Canal Navigations helped to power the Industrial Revolution in Birmingham, bringing coal and raw materials into the city and transporting finished goods to other parts of the country and the ports for shipment to the rest of the world.

One of the worlds most intricate canal networks, originally totalling some 160 miles, sadly a significant amount has been lost, but the remaining 100 miles still leave much to see and explore and is reputedly, more than Venice.

Gas Street Basin in the city centre was once the hub of the network, whilst the working boats may have disappeared its still bustling, only now with pleasure craft. The basin is a mixture of both old and new, restored canal buildings, vibrant restaurants, bars and cafés, entertainment venues like the International Convention Centre, National Indoor Arena and theatres, as well as just being minutes from shopping centres and New Street Station.

Despite much of the BCN being urban, there are quieter waters to be found meandering through more suburban and rural areas such as the lock free Wyrley and Essington Canal.

This tourist map of the Birmingham Canal Navigations is at extra large scale of 1:30,000, with a detailed town plan of Central Birmingham at 1:10,000.