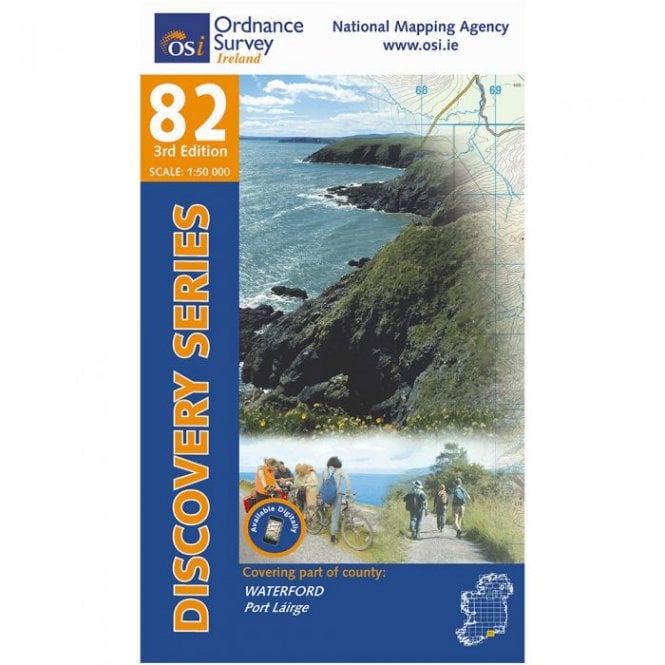 The north edge of this sheet covers the southern part of the Monavullagh Mountains, which contains the highest point on the sheet, Farbreaga Mountain, at 593 metres.

Discovery Series Sheet 82 covers the key towns of Dungarvan, Ardmore and Kilmacthomas, and shows roadway sections of the N25 and N72.

In 2017, a disused railway, running from Dungarvan to Waterford City, was opened as a major free public amenity  the Waterford Greenway. This is a superb 46km off-road cycling and walking trail featuring stunning mountain and sea views, traversing three tall viaducts, and featuring Ballyvoyle railway tunnel.

Tá an Ghaeltacht Phoirt Láirge, An Rinn, go hiomlán ar an léarscáil seo. This map completely covers the Waterford Gaeltacht of An Rinn.

It also covers the holiday centres of Clonea Strand, Ardmore, and many small, undeveloped beaches. The coastline depicted here is remarkably beautiful, especially from Dungarvan to Annestown.

This map includes the Copper Coast UNESCO Geopark, which reaches from Ballyvoyle, near Stradbally, to Kilfarrasy which is at the eastern edge of this sheet.