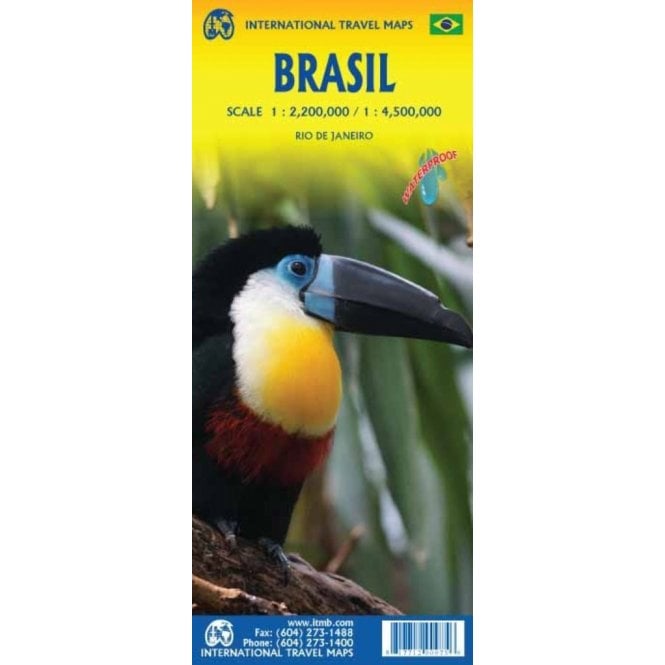 Brazil, or more properly, Brasil, is a difficult country to map because most of the developed areas are in the relatively small extreme south of the country. The vast region of the Amazon Basin is lightly populated and is not easy to access. ITMB solved this problem by portraying the southern portion on one side at a detailed scale, to enable such locations as Rio de Janerio and Sao Paulo to be shown at a better scale to help travellers, while mapping the north at a respectable but more limited scale on the other side.  That said, one still needs both sides of the map, as Brasilia, the capital, falls on the north side of the sheet

Please note that Roads north of Brasilia tend to be less well-paved than those in the south. The shape of the country also presents mapping difficulties, in that little room is available for inset maps. We have been able to include a good inset of central Rio, but visitors to Brasil would be well-advised to take along ITMB maps of Rio and Sao Paulo for an enjoyable exploration. The map is printed on waterproof paper, both for durability and because of the humid climate, and includes a list of the top attractions.