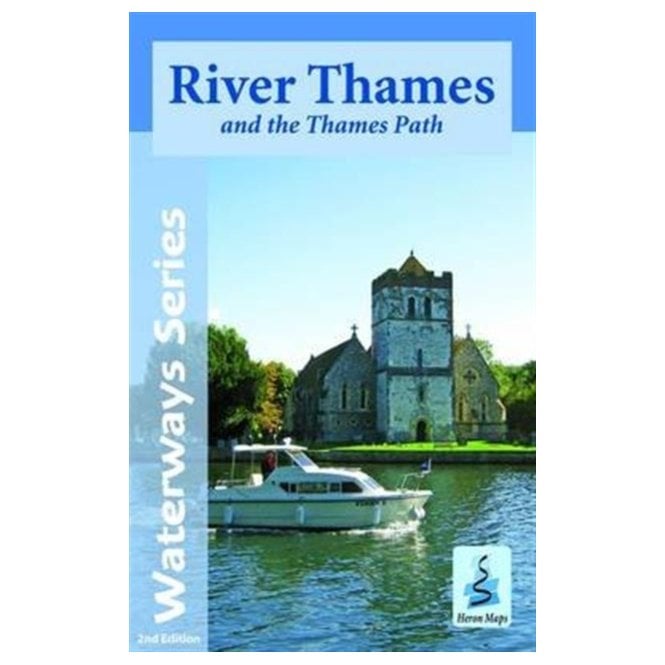 A full colour map of the River Thames and Thames Path suitable for both waterways and leisure users.

This map gives detailed coverage of the River Thames with emphasis on the waterways and information useful and relevant to users of the waterways without neglecting other leisure users. The map detail is complimented by information panels and photographs.

This tourist map of the River Thames and Thames Path covers from its source, just outside Kemble in Gloucestershire, to the Thames Barrier at 1:55,000, with detailed town plans of Lechlade, Oxford, Abingdon, Wallingford, Henley-on-Thames, central Reading, Windsor and Eton, Marlow and Kingston upon Thames at 1:12,500. The Thames and Severn Canal is also featured from Sapperton Tunnel to the Thames at Inglesham.

The River Thames flows through southern England for some 215 miles, from its source near Kemble until it reaches the North Sea near Southend. It runs through tranquil farmland and countryside, the rolling Cotswold Hills, passes through historic towns and cities such as Oxford and Windsor and on to London, the thriving city it helped to create. The last century has seen commericial traffic replaced by leisure craft with numerous marinas dotted along its length, as well as rowing and sailing clubs. The Thames Path National Trail follows the river from its source to the Thames Barrier offering pleasant riverside walks.