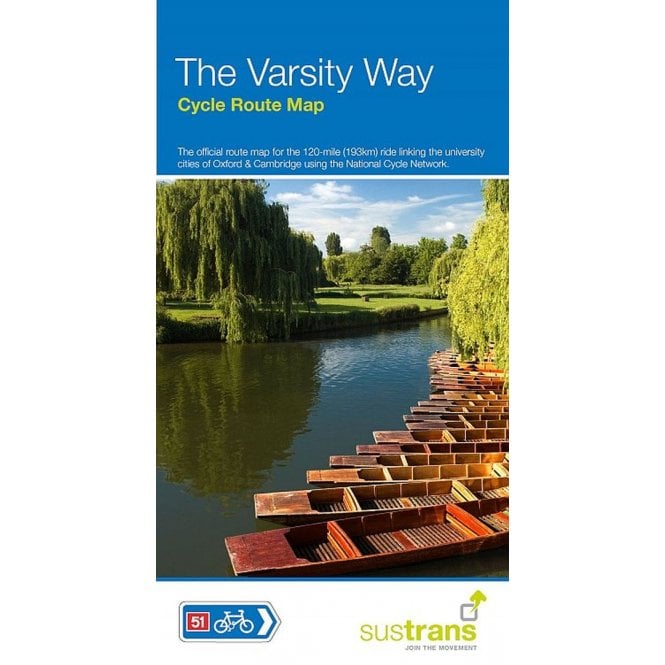 The official route map for the 120-mile (193 km) ride linking the university cities of Oxford and Cambridge.

Oxford and Cambridge are two cities forever linked in the public’s imagination thanks to being home to the two oldest universities in the UK. Collectively known as ‘Oxbridge’, the two universities were founded more than 800 years ago and between them have educated some of the world’s most prominent scientists, writers, politicians and noted figures in countless other fields, and also share the longest-running of all academic rivalries.

The link between them is further strengthened by the famous annual sporting contests where the dark-blues of Oxford and light-blues of Cambridge compete for supremacy at occasions such as the University Match at cricket, the rugby union Varsity Match, and most famously of all, the Oxford and Cambridge Boat Race held on the River Thames. The two cities are also linked by the National Cycle Network which takes you the 120 miles from the River Thames to the River Cam, starting next to the dreaming spires of Trinity College and the Ashmolean Museum and finishing by the national treasures of Magdalene College and the Bridge of Sighs. Following Route 51 the ride takes you from the famous Balliol College and out north along the Oxford Road, passing Bletchingdon and Wendlebury before taking you through the centre of Bicester. Continuing on roads the route travels through Twyford and Winslow before arriving in Milton Keynes.

The route passes Furzton Lake, which has a large population of geese and other waterfowl, before taking you through Campbell Park and skirting Willen Lake. The route travels through Ouzel Valley Park and then heads towards Bedford. Just after Great Barford you pick up Route 12 for a short time until Huntingdon, travelling past Grafham Water which offers watersport activities such as windsurfing and sailing. Leaving Huntingdon the route joins the new path alongside the guided busway for a traffic-free ride all the way into Cambridge.

Routes covered by the map: